Your shopping bag is empty

Measure against your body rather than over your clothing as this will give a more accurate result. 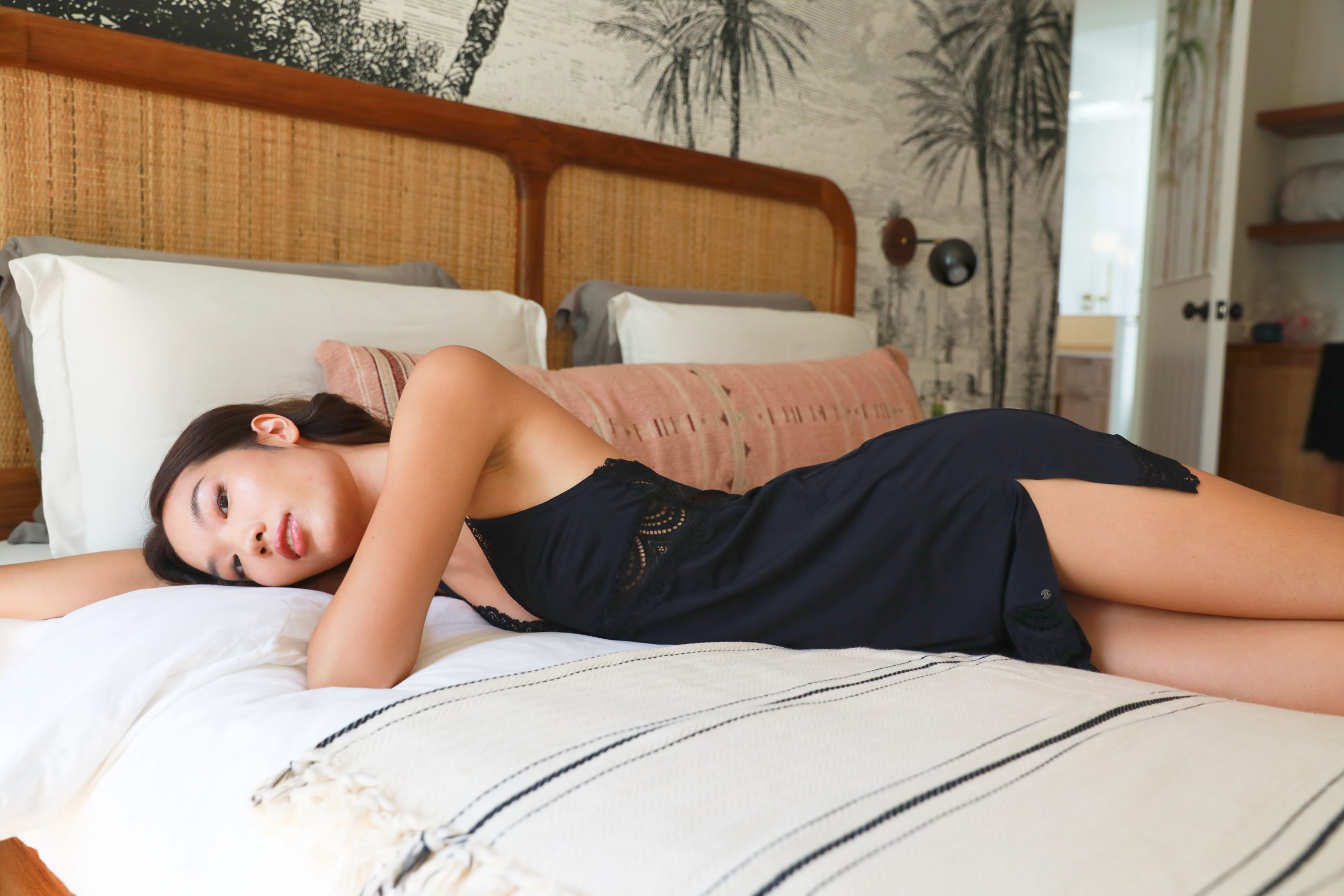 There’s nothing more important than sleep. There, we said it. Sleep allows your body to heal from the day’s stresses. Sleep enables you to grow and develop into a healthy human being. Sleep is absolutely essential to a long and fulfilling life. 18 March is World Sleep Day and we at Rawbought are (obviously) huge advocates for a good night’s sleep. This year’s theme is Quality Sleep, Sound Mind, Happy World. Making sleep a priority in your life will make you healthier and happier citizen of the world! We break down how you can start making your dreams come true, one good snooze at a time.

As with any habit, the key to success is consistency. Waking up and going to bed at roughly the same time every day is the first step and most important step towards getting quality sleep. Get your body used to a bed-time. Your body will learn to wind down by itself and get you the deep, restorative sleep you need to feel adequately rested. When you’re asleep, your mind starts to do its own housekeeping, filing away memories, processing emotions etc.

If you’re one that falls asleep scrolling through your phone or watching TV, you might struggle with this step. Setting up and sticking to a simple bed-time ritual is an easy way to break your habit of revenge sleep procrastination. It signals both your body and mind to get ready for sleep, and also serves as a time for you to reflect and pay attention to yourself.

Listen to your body

Paying attention to yourself isn’t all about skincare and spa massages. It is also about recognising the signs of burnout, your reactions to stresses in your daily life and the changes in your body, whether they’re good or bad. When you’re up-to-date with how you’re doing both physically and mentally, it’s easier for you to spot unusual behaviours. For example, if you’ve been waking up tired even after a long night’s sleep, it might be a sign of hidden health conditions that need to be checked out.

Strengthening your mind and body to face the stresses of daily life is the best way to achieve quality sleep, and vice versa. Practise good habits such as eating healthy, getting regular exercise that ensure physical health, as well as mindfulness and meditation, that help you improve your mental health.

Practising good sleep hygiene also ensures that you are getting quality sleep that leaves you refreshed the next day. Ideal sleep habits include avoiding caffeine and spicy food a few hours before bed-time. Putting down your phone and other electronic devices at least an hour before you head to bed is one of the hardest habits to follow, but it does wonders for your quality of sleep. Alcohol before bed is also best to be avoided, contrary to popular belief. While it might help you fall asleep faster, it can reduce the quality of sleep and cause you to wake up during the night.

Everyone is built different; there’s no one “right” way to sleep right, though there definitely can be wrong ways. Ensure that you’re sleeping the right way for YOU, that suits your preferences. Sleeping, while literally the most natural thing to do, can take some learning and unlearning for you to get it “right”. Don’t be too hard on yourself if you slip off the wagon, just take it in your stride and get back on as soon as you can. Happy World Sleep Day, and sweet dreams! 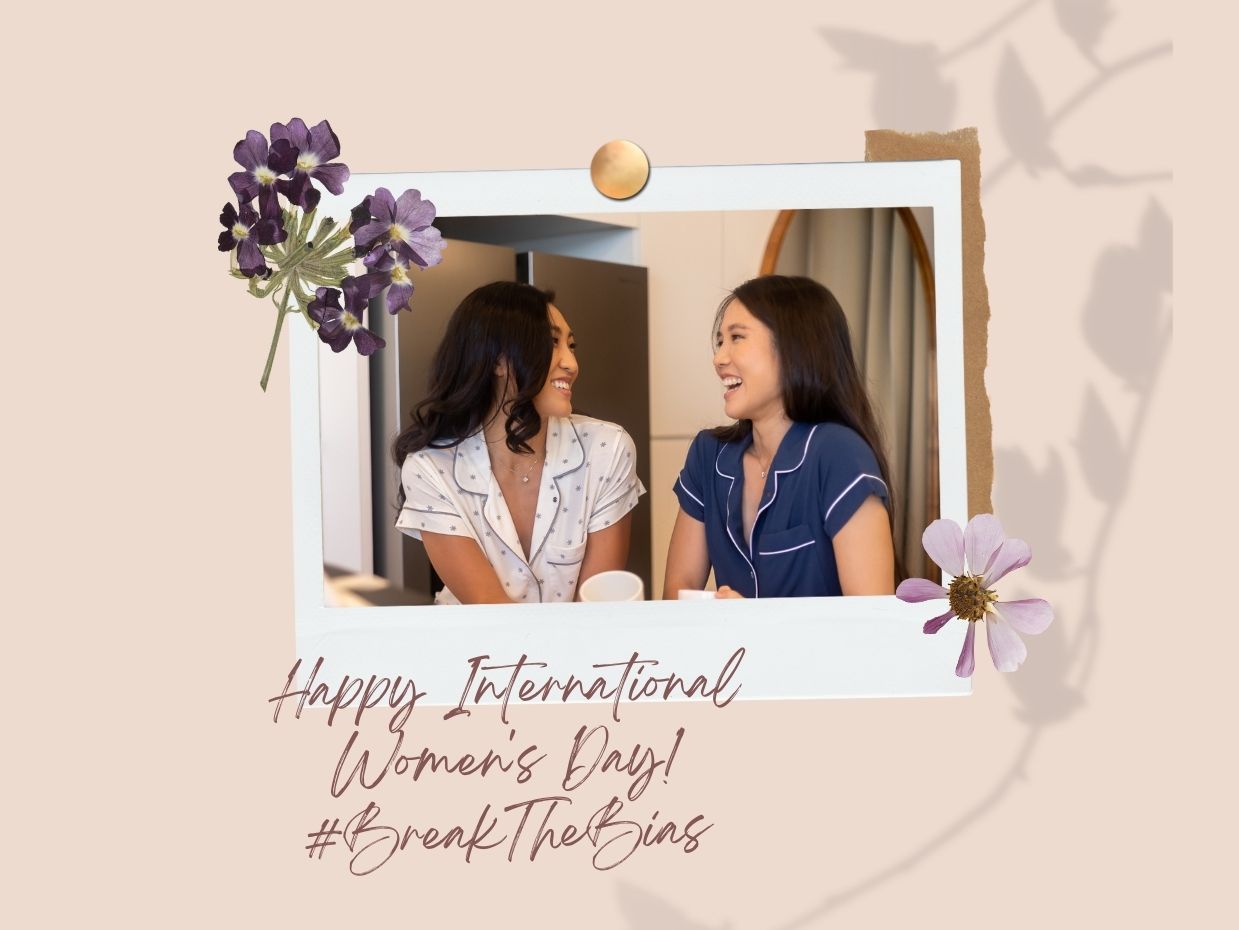 As a brand founded by women, for women, International Women’s Day is a very important day for us to celebrate and observe here at Rawbought. We’ve all been shaped in one way or the other by the women in our lives, and we’re thrilled to be able to bring that sisterhood to life in the form of our brand. International Women’s Day is a day for us to celebrate the power and strength of women all around us, while striving for equality for all, around the world.

This year, we’re highlighting the key members of our global team, who help to make our dreams at Rawbought come true.

A world where equal opportunity is celebrated and valued.

I’ve been very fortunate to have not faced any such discrimination in my education ad career thus far.

The all-women leadership at Rawbought proves that we “break the bias”, of traditionally male roles. As individuals we can run both families and an empire and prove gender equality is possible. We support and celebrate each other’s successes which makes it an honour to work alongside other Strong equality minded females.

For me, inspirations are taken from everyday women who are breaking the mould and empowering women and themselves to break the bias.

What does International Women’s Day and its theme, ‘Break the Bias’ mean to you?

#BreakTheBias means inspiring and being a role model to our future generation of women to allow freedom of voice. To me, it also means empowering others build a gender equal world where difference is valued and celebrated.

What message would you like to send out to women who might be struggling against bias and discrimination at the workplace?

No matter what, always be true to yourself and let your light shine. Women at Rawbought are a living testament that building a gender-equal work team where women empower each other and illustrate equality is possible and celebrated.

It means to be even or the same level in all aspects.

It feels empowering in a way, because all the directions are coming from ladies.

I would say my mother is my biggest inspiration. I am what I am today because of her.

What does International Women’s Day and its theme, ‘Break the Bias’ mean to you?

Take over and run the world. Breaking the bias is a constant work in progress as it is something that is hard to shake off in people. Supporting and uplifting our fellow women is absolutely crucial.

What message would you like to send out to women who might be struggling against bias and discrimination at the workplace?

Empower yourself with knowledge you don’t need to speak the loudest to be heard, but you speak with confidence and speak the truth. Nothing can go past that.

Equality is being able to share my opinion in an honest way. Where I do not have to fear for my safety and security, if I do share opinions that is less popular or simply different.

Equality is also knowing that while my opinion matters, others’ matters just as much.

Equality means that there would be differences, but differences that will be accepted and (hopefully) celebrated.

I’m very fortunate to grow up in a modern society like Singapore, while we have strong traditional roots, we also have very diverse cultures. It’s because of this diversity that we all understand and respect differences, this includes more than just race and religion but also gender.

That said, there still are social ‘norms’. Certain careers are still dominated by men, others by women. I’ve worked in areas known to be male-dominated and find that I can work just as well and as efficient. There might have been chatters that I don’t know of, but at no instance that I felt any barriers continuing working.

There was one occasion though while interviewing for a mid-level role, the female hiring manager asked me if I plan to have kids after knowing that I’m married. I gave a standard answer (because who can really plan such things?) but walked out of the interview knowing I will not accept the role even if it was offered to me. This was a bit jarring especially coming from a fellow woman.

That opinions will be shared openly and taken into consideration. That growth as an individual is as important as growth as a team. That balance is key for our professional and personal life.

I’d like to tweak this question to “What” is my biggest inspiration, because I don’t find inspiration in people, I find them in the smallest, most mundane everyday thing.

I run often, and in that, I understand deeply that even though we are all running towards the same goal, we will run at our own pace or style. What’s important is consistency and there’s no point in competing, it burns you out even earlier.

I’ve also recently re-picked up doing jigsaw puzzles recreationally. In that, I learned to take time in understanding even tiniest little things. Sometimes, when I’m lost and don’t know how to move on, I’ll just go through the whole stash again and try to figure out the pattern again. Worse come to worst, I’ll just have to take a single piece and try to fit it with another. I know that if I don’t stop, I will be able to figure out the full picture.

What does International Women’s Day and its theme, “Break the Bias” mean to you?

It means that everyone, not just women, can share the stage with anyone else even if they have a different opinion because they know it is safe to do so.

What message would you like to send out to women who might be struggling against the bias and discrimination at the workplace?

Stand up against the flow, because only then your opinion will be heard and as a movement, it will soar. Aeroplanes fly because their wings are lifted by air flowing in the opposite direction.

Share the stage with people whose opinions that are different from yours. Understand the difference then agree and celebrate it. That’s what makes our world interesting.